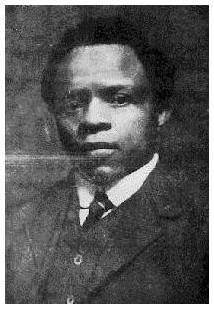 Sol Plaatje was born near Boshof in 1875 and educated at Pniel on the banks of the Vaal River. He worked at Kimberley as a postman, wrote and passed the Cape Civil Service Certificate and moved to Mafikeng (then Mafeking) as court interpreter. His diary of these days was later published as The Siege of Mafeking (1984). Between 1904 and 1912 he edited the Tswana-English weekly Koranta ea Bechuana before moving to Kimberley where he established the newspaper Tsala ea Batho. He wrote numerous articles for newspapers, wrote two works on the Tswana language, worked for the African National Congress (ANC) as general correspondence secretary (in which capacity he travelled to England in 1914 as part of a delegation protesting the Land Act 1913), and translated A Comedy of Errors and Julius Caesar into Tswana. A house was presented to him in Kimberley by the community he served. He died in 1932. 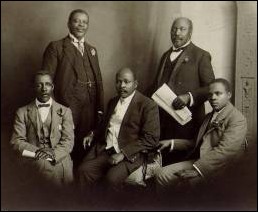 The house at 32 Angel Street was donated to Plaatje in 1929, by the black community of Kimberley, as a token of their gratitude towards him for all his community service. The house was situated in the residential area then known as the Malay Camp. Today the

area is part of the commercial centre, with the Plaatje House surrounded by a number of commercial buildings, a five-storey apartment block and some municipal buildings. The house is also situated near the main road to Cape Town. Although the house itself is of no real architectural value, the front garden, facade and two front rooms were declared a national monument in 1992.

Mhudi is the first known novel by a black South African, though it was only edited and published some ten years later, by Lovedale Press (1930). The complete manuscript was first published in 1978 and includes a greater focus on Mhudi as well as elements of “oral” narrative which had been excised from the first edition.

The Mote and the Beam: an epic of sex-relationship ‘twixt White and Black in British South Africa.
The Boer War Diary of Sol. T Plaatje (1973) also reissued as The Siege of Mafeking (1984)
Native life in South Africa (An important examination of the effects of the Land Act of 1913). Go here to download an e-text version of this work from Project Gutenburg.
Mhudi: An epic of South African Native life a hundred years ago.